OFFICIAL RULEBOOK OF THE BULGARIAN RACING LEAGUE FOR SEASON 2013

Each team owner/manager/driver, who has found a bug in the mod or the game itself (especially if that bug gives any advantage to a driver), is IMMEDIATELY OBLIGED to notify the league administration. Penalties will be handed out to individual drivers or whole teams, who may have not found the bug, but have known about it, regardless of whether they took advantage of it or not!

The rulebooks of BRL come into effect from the first official race of a season, unless 50% + 1 of the registered team owners/managers/drivers have voted against them. Voting for or against the rulebooks takes place in the appropriate category on the forum of the league. In the case where there are 50% + 1 or more votes against (counting only posts in the forum thread), a new rulebook will be offered, which includes the demanded/voted changes by those who have voted against. Those changes will be approved after going through separate voting for each. Each manager has the right to suggest changes to the rulebook during the season and if those changes are accepted by all teams, they will become effective in the next race that takes place.
The league administration reserves the right to overrule any suggestions for rulebook corrections!
The league administration reserves the right to make changes to the rulebook as it sees fit at any time!

The right to vote about any topic concerning the league is only given to teams/organizations, who have participated at least once in the 5 most recent starts during the active season.

Fairplay and respectful attitude is mandatory!

Any purposeful disregard of the rules will be punished accordingly! 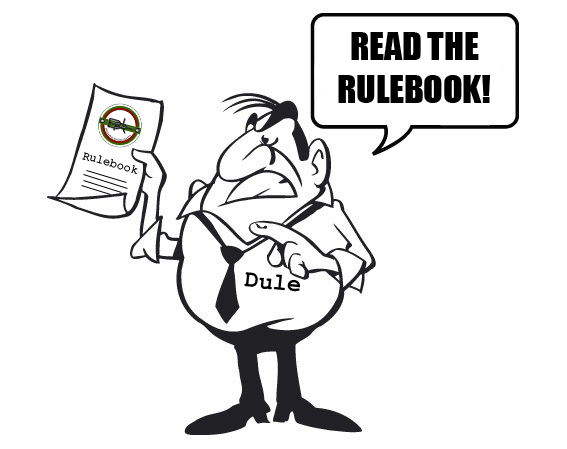 Join us at Discord